2019 has been busy! Patrick is now in 2nd class and Markus in 4th class. They have a stream of friends coming round, particularly to our Friday evening "Pizza Party Kino"where we watch a film and eat pizza! Markus' school football gang played in a Zurich tournament and got to the final day, when they played at the FIFA grounds in Zurich! Their team came 7th out of 100 teams.

Alan is still at Educa.ch and has had an epic year running a digital identity education project for the whole of Switzerland. I am still at CS and in October ran a week of workshops in Wroclaw, Poland for my team and our vendors. I attended several conferences during the year and gave some speeches, which was terrifying but a highlight (once i'd done them!)

We spent our summer holiday in the UK, which started with Chris & Tamsin's wedding in the Lake district. The 6 cousins had a ball! We then did a Harry Potter themed holiday, visiting Alnwick Castle and then the Harry Potter studio tour. It was epic! We then finished in Sevenoaks to visit the Swete family, who used to live in Zurich. In the autumn school holidays we again went to Portugal for some sun and sea! 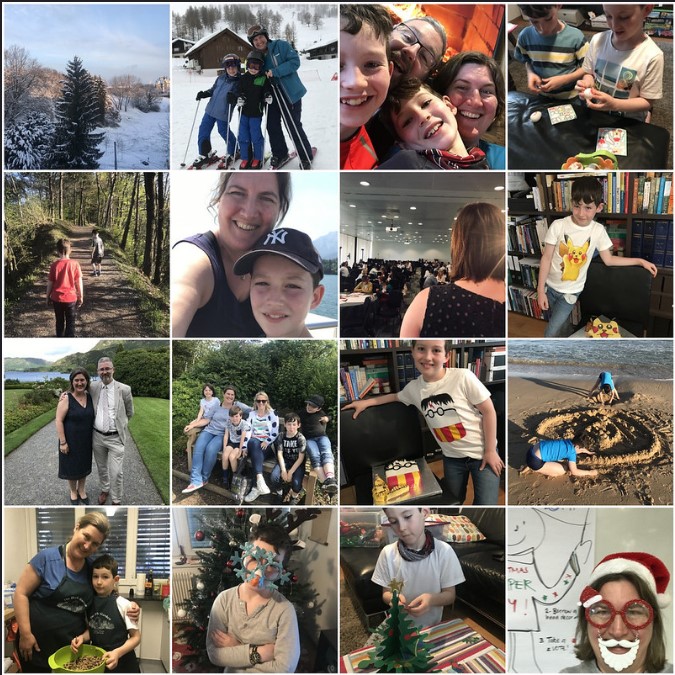