Patrick has now finished Kindergarten - he only had 6 months in the new place, but made friends and had fun. He is so ready for school though. i gave him a nice black notebook (similar to a moleskine) and he sits for half an hour "writing" his "Geheimsprache" (secret language in it) - he is very serious about his homework! Ad this week asked me when we could build the desks that fit under their beds! He seems to be learning German and english ready by osmosis!

When you catch him on his own, he will talk nineteen to the dozen and is incredibly empathetic and helpful. When he's with Markus (particularly when he, Patrick, is tired), then fireworks fly. Patrick provokes and Markus responds. We're all working hard to helpful Patrick control his anger and frustration.

Patrick, now more often that not, known as Pat, loves playing games on my iphone, again we're trying to help them restrict this time. He's just about learnt to ride his bike, but is not very confident and needs more practice. We still go out on my bike with the follow-me attachment. He loves swimming and football and like Markus has joined the Zurich Lions rugby club. He apparently has an amazing spin throw!

Most often said expressions
Why would I?
No, I'm not going
I'll make you a deal...

Favourite expressions...
what had you said?
Did you remember when?
Funniest thing Patrick said recently...
"I hate it when she says maybe. Try again and aim for possibly"

Notes from March 2018
- doesn't like kisses
- does like Mega Hugs
- Do you know why? Do you know what?
- Helen!
- Alan!
- Do you still remember when?
- I remember it!
- Cuggly toys
- Lent me the Sorgen monster
- I banged my head (again) on the bunkbed and he brought me goat, then Sorgenfresser ("becuase it is so fluffy) and then the red spotty blanket, then his knitted blanket and then put the small orange muslin on the bump on my head!
- PLaying the counting the rental bikes game
- Can we play the naming things game? Animals or people or just things?
Months 84, 83 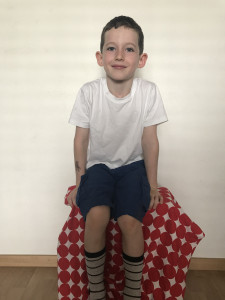 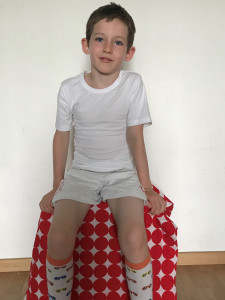 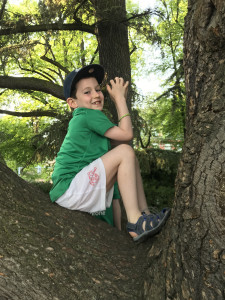 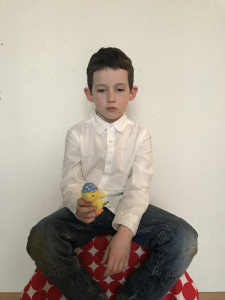 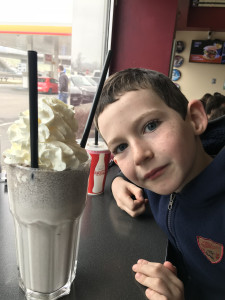