The last months have seen Markus finish 2nd class - he improved his math skills a huge amount and German is still coming along. We're focussed on him really catching up next year. We've also just started reading in English together - using Harry Potter. I deliberately didn't teach him any english so far, but I've been reading to him for years. We're skipping the phonetics bit, since he knows how to read in German and I don't want to confuse his German sounds. So we're recognizing words from the context and learning the rest!

He's got his friends from school and former friends from Kindergarten and has a better social life than me! The Friday Night "Pizza Party Kino" is still going strong. He's a strong and happy swimmer now, he's taking a break from lessons which is probably okay, since he's been going regularly since he was a baby! He's obsessed with football and has joined the Zurich Lions Under 10 Rugby Club. He's filling out all of a sudden and we're now focussing on healthy eating and getting more exercise. We both do my 7min workout each day. I am proud that he can do full pressups, and gutted that I can't!

There's still a lot of fighting and arguing with Patrick, but we're working hard to calm that down. And the best bit is the grown-up conversations I have with him, on all matters of topics. Give the chance he'd spend all day on my ipad playing star wars / lego / clash of clanes, but we're working on a system to curtail it! 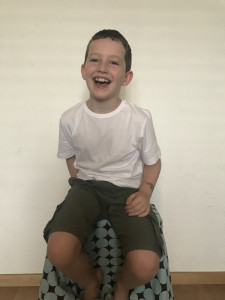 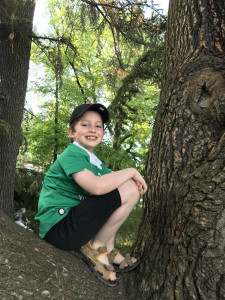 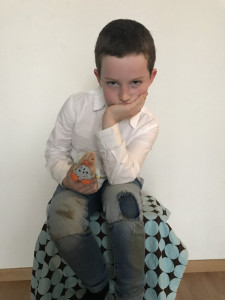 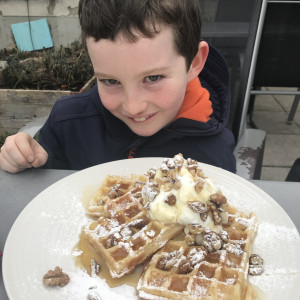