The steam train to the Sihlwald forest, to meet Schmutzli (helper to Father Christmas), the real life donkey, and Samichlaus is one of our favourite advent rituals. We first went in 2013 (with Chris and Drew, Venus and family, Swete Family), then in 2014 (with my parents and Swete family), then just us in 2015 and with Konstantin and Bernadette in 2016.

I wasn't sure if the boys wanted to come this year, but they seemed surprised at the question. "but mummy, of course we're going on the steam train to see Samichlaus!".
It was just us again this year. We took the later train, so it was a dark evening ramble through the forest to meet Samichlaus. Other than that, same procedure as last year. Very cold barn, boys eating as many treats as possible off the trestle table, Patrick performed, they got their sack of sweeties.

We were all snuggled up with blankets on the train on the way home - and suddenly I noticed that Patrick was properly fast asleep. We had to carry him home! 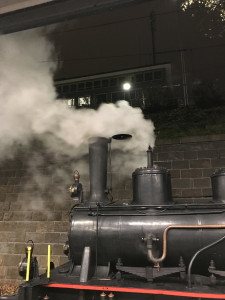 Selfies on the train! 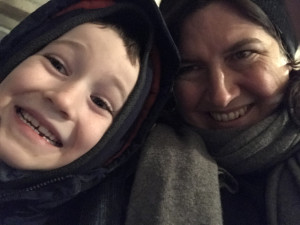 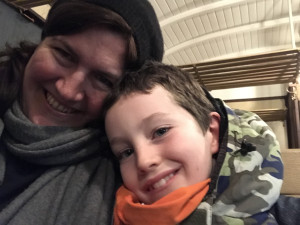 Sizing up the treats on the trestle tables, Samichlaus dose his stuff, Patrick volunteers to perform (right at the end) 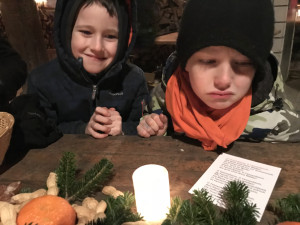 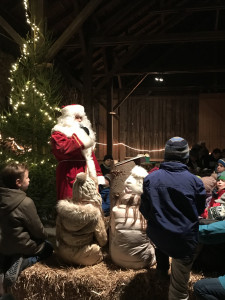 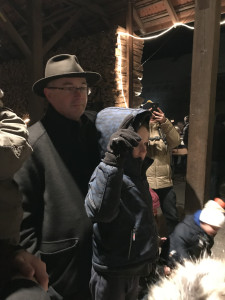 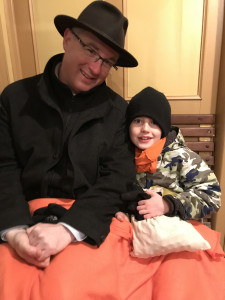 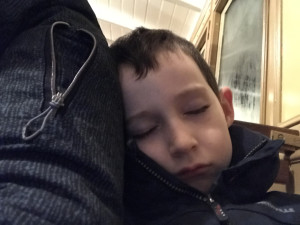