A lot has been changing the last few months - finishing kindergarten after 2 years at Enge, saying goodbye to his friends, going on holiday, turning 7, having a Birthday Party and starting school. Oh yes, and the next tooth is wobbling! Markus seems a lot happier and settled in his behaviour than a couple of months ago.

The biggest change has been the first 2 weeks of school well. We've had a wobbles, but he has perservered. He loves their swimming lessons as a class and they spent a day in the "Waldschule" (Forest school) this week. "Mummy, it was amazing!" As far as I can make out, they played in the forest, looked at bugs with magnifiying glasses ("we nearly caught a centipeded", cooked sausages ("Mummy, we all had the same fat sausages") and were allowed to use their penknives.

Markus likes watching the big boys play football in the break ("Mummy, the big boys are soooo cool"!) and has already come home showing signs of external influences - ie he said to Patrick "Das ist doch kein Weltuntergang!" (That's not the end of the world, which we have never said) and yesterday he was singing "Gangam style!!" Alan and I attended our first school class meeting. He is is a mixed class - ie kids from class 1, 2 and 3 ie from 6/7 to 9/10. It wont' be long before he is walking the kilometre to school by himself (or at least home from school to start with). Last week he and I walked home today Monday and tuesday. On Wednesday morning due to a mix up between breakfast club and school, he decided to walk himself home at 0830, which he did without incident. He was fine, I was a bit shaken up!! 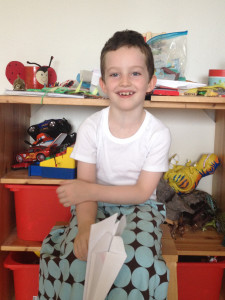 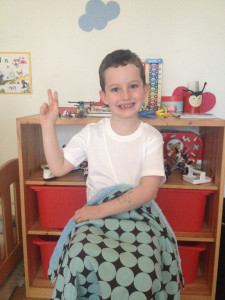 Markus still loves the planets, has started learning chess with Alan and is completely football crazy. He still remembers all the football games they played at Kindergarten - - who scored goals, had a free kick, was tackled etc. They also remember each other's pannini stickers. Oh, and we are allowed to kiss him again "I like kisses again Mummy.