Our Patrick is a complex bundle of contradictions. He is so full of energy, is almost as tall as Markus and as heavy and in fact they get mistaken for twins the whole time. But you listen to him talk and you realize he is 2 years younger. His stutter has mostly gone. He swings from gasping sobs of crying to hugging me and kissing my hand and saying things like :
"mummy, when I hug you harder and harder, it means I lub you more and more"
"mummy I lub you really much"

there are quite a few german word order sentences that creep in still, like
"for who are you?" and *there is it* (for there it is)
"But you know..."
"had you saw that?"
"had I won?"

Like Markus he is obsessed with "mummy phone" and "mummy laptop" and favourite game is the Minion one. He is also very good at taking selfies!
When playing on his own at home, he likes creating mashups of dinosaurs, emergency vehicles, cars
When he plays with Markus, anything goes. They cooperate and play together really well, until they don't!
Patrick likes board games, partic Uno, the ghost game, Lottie Karroti

He still loves swimming, adores watching the football on TV and goes crazy for every goal score, jumping up and down and screeching.
He has less than a month left of kinderkrippe and then it's time for Kindergarten. Not sure how he is going to get on - he is starting to go a bit crazy at Kinderkrippe (Bored I think) and has started to copy Markus' emotional behaviour - storming off when he doesn't want to do something. Let's see,,,

Some more Patrick-isms
"When I "hippuc" then I know my tummy's grumbling."
"It was only an accdident"
on finding small boy out of bed fully dressed "but you know i just wanted to be ready to play again in the morning quicker" 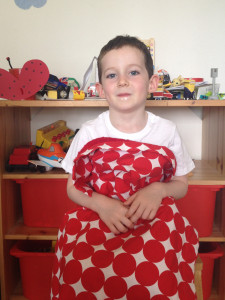 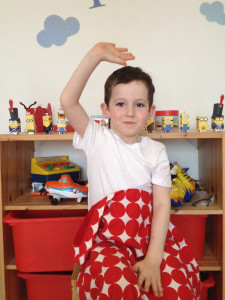 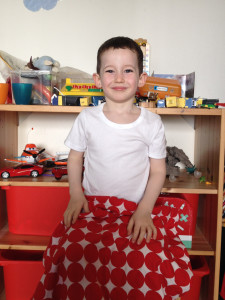 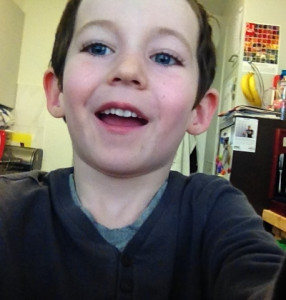 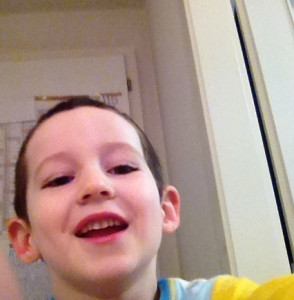 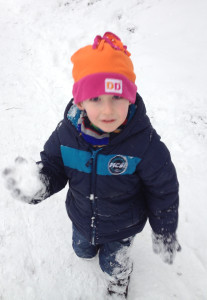 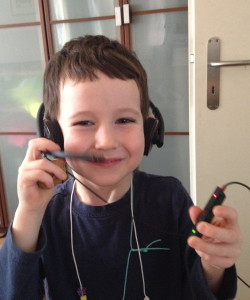 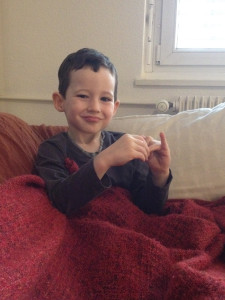