We are officially tram nerds! okay, I am officially a tram nerd. For 6 years, we took the number 8 tram daily to Kinderkrippe. We would walk underneath the Hardbrücke to nursery. Photos below.

Between 2014 and now, they've been extending the tram line, from Hardplatz, over the Hardbrücke, to connect with Kreis 5. We survived the road works and tram disruptions of PAtrick's last 2 years at nursery. And I remember telling Markus then - when you're in second class, the line will be finished. To a 6 year old, that's a lifetime away! But it's now NOW :-)

Today was the party before the official line opening on 10th December 2017. So we went to the Tram 8 festival! It was bitterly cold, it snowed, but we got to ride the old timer tram over the Hardbrücke - it was pretty exciting! Oh, and the boys won prizes (a pen, a mug) on the Glücksrad (lucky wheel). And my nerdy heart was happy! 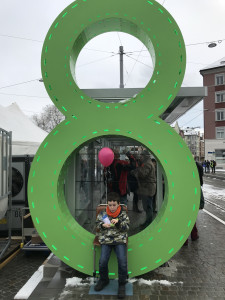 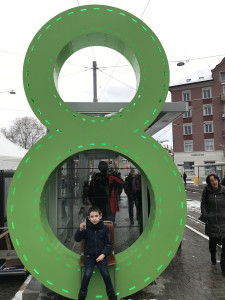 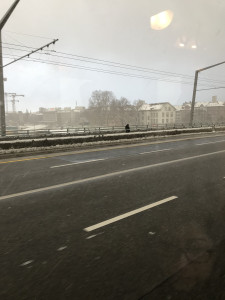 On the Tram, and "driving" the tram 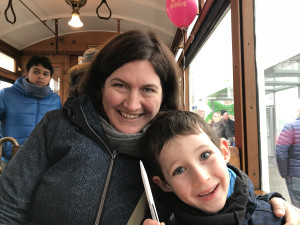 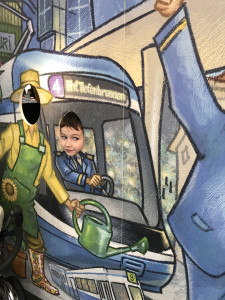 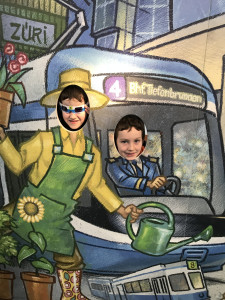 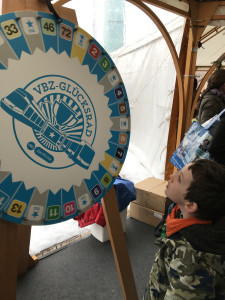 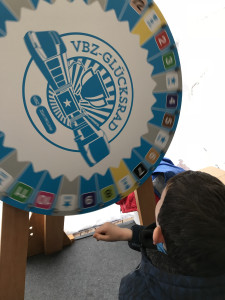 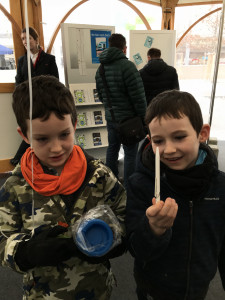 Before the tram line changed... & playing on the mosaic under the flyover - every day!! 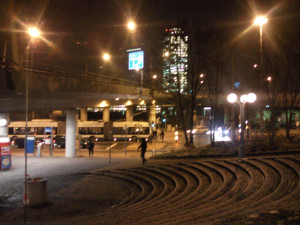 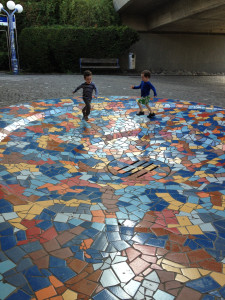