This little packet of tea and friendship landed in my mailbox before my holidays. I love it when you instantly recognize someone's handwriting - in this case, my oldest friend Caro, who sent me tea through the post, just because :-) 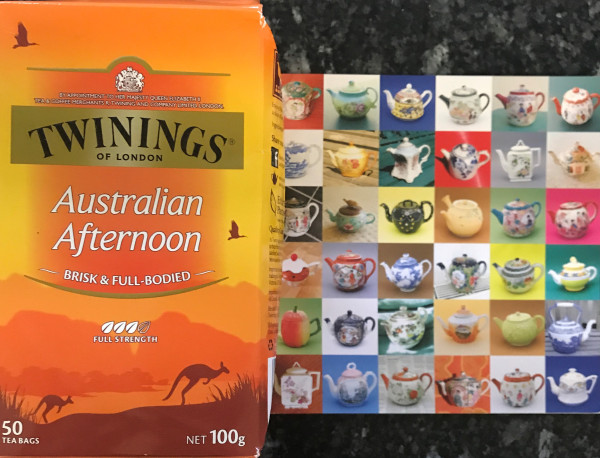 There has been a considerable blogging gap these last months. Work has been incredibly busy, my boss left, Mr.ncot is also drowning in work, boys are fine, life is busy.

But... I seem to have lost myself somewhere along the way. We've just been on a lovely family holiday (post and photos to follow) but I still feel tired, stressed and not myself. I am not doing enough of the things that make me feel better - blogging, reading, exercise. Ah well, onwards and updward....

December 11, 2016 at 01:17PM:
The Zurich Moran-Palmer Elves dance for your pleasure! #elfyourself https://t.co/hjlFqoXgtJ

December 30, 2016 at 06:06PM:
have the bliss of the flat to myself & and am doing my end of year blogging marathon! #introvertheaven

December 30, 2016 at 07:49PM:
P lost his second baby tooth sometime since Christmas, but the tooth was nowhere to be found! Tooth fairy paid up a… https://t.co/EEKE5ENs4I

January 03, 2017 at 09:33AM:
RT @livequiet: Tell your loved ones that alone time is essential to you—it allows you to be more present for them.… https://t.co/hsmFgrS9gF

January 08, 2017 at 12:08AM:
Just found my new Netflix series to binge watch!#DesignatedSurvivor

January 14, 2017 at 01:56PM:
RT @ImpactWales: Leaders have a look at this awesome sketchnote by @tnvora on @DanielGolemanEI 3 kinds of leadership focus. https://t.co/soH5pfuO54

February 14, 2017 at 08:07PM:
Buying flowers for myself and taking two boys to Macdonalds for batman happy meal! #Happyvalentine https://t.co/ihsD8nyg1F

March 11, 2017 at 11:37AM:
RT @SoVeryBritish: Holding the kettle's handle as it approaches boiling point, so you can complete the job faster than an F1 pit crew

March 24, 2017 at 11:01AM:
Attending first #elearningnetwork event in Hoxton. Very excited, but not sure I'm hip enough!@elearningnetwk

April 14, 2017 at 11:21PM:
RT @JohnFugelsang: #GoodFriday is when we honor the most famous innocent brown-skinned man to ever get the death penalty. https://t.co/F4vTx72Sho

April 15, 2017 at 02:47PM:
RT @_RoomsOfOurOwn: Rooms Of Our Own: Equal Gender Representation in School - Sign the Petition! https://t.co/KxsMTvn7qL via @UKChange

May 20, 2017 at 11:12AM:
bliss! boys playing nicely together, compromising, discussing the relative merits of Jedis and Wookies! #lifewithboys #pmm #mgm

May 20, 2017 at 03:34PM:
Off on my learning adventures! 1 day MBA #onedaymbagmc? @guardian classes then inspire yourself @DeborahFW topped off with @GuiltFemPod!!!

May 22, 2017 at 04:27PM:
Very tasty tea and cake before the guilt feminist podcast finale to the Day! @GuiltFemPod #includeyourself2017

Become a better listener with our SHUSH listening tips… https://t.co/sSDPKFM5sQ

July 30, 2017 at 06:50PMBoys got their revenge today and took photos of me on ilfracombe headland - I actually quite like them! https://t.co/8ZL73ZTELS

Markus has just finished Klasse 1 and is growing into such a smart, lovely boy. He has friends in his class and at Hort and is really happy. His swiss German is fluent and when I hear him speaking to swiss adults, ie his teacher, I can almost not recognize his voice/mannerisms - even though I of course understand what he is saying. He got a good end of year report. He still has his frustrated moments and we see future glimpses of Markus the teenager already! He alternatives between helping and playing beautifully with Patrick and kicking the sh*t out of him! He is soaking up his lessons and is starting to read independently in German. Completely obsessed with Star Wars - has lots of games on my ipad, also loves lego and hot wheel cars. He still holds my hand, but not all the time. When he wants something and I'm sitting down, he comes over, puts his arm on my shoulder and leans in! He is also getting really interested about what he was like as a baby and toddler.

The moment I snapped Markus reading on his own, in German, without help! 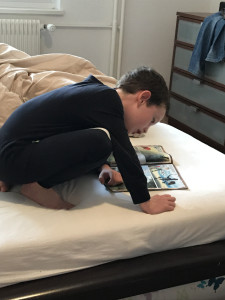 Language examples
- I need to go on the toilet
- please go out of the way
- Can I please say somthing?
- Start from the front again!
- Come on, seriously Mummy, you're even worse than Patrick!" (on playing football with us) 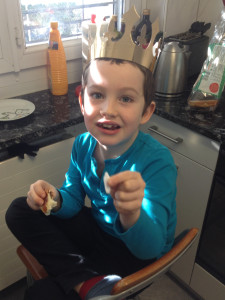 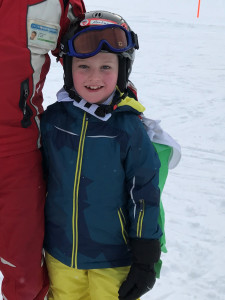 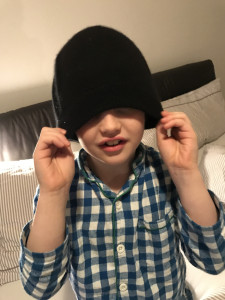 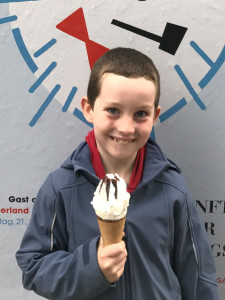 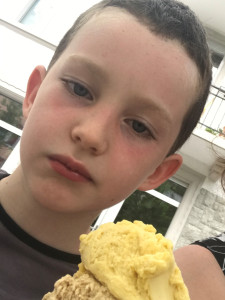 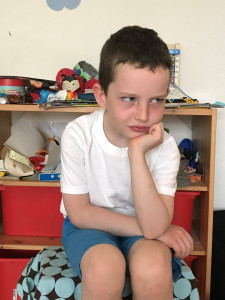 Patrick has just started his second year of Kindergarten and is apparently very happy to be a "Schmetterling" ie butterfly and to be helping the younger kids (Räupli, caterpillars!) He is a happy, funny guy who mostly likes playing with his older brother. They are growing even more alike. His English is still dominated by his German, particularly word order etc. We now ride to Kindergarten together - I have a "followme" contraption so that his bike is securely attached to mine. He is very keen to learn his english letters and to start to read - I think I need to challenge him more. Favourite animals are snakes, scorpions, geckos!

Language examples
- I need to go on the toilet
- please go out of the way
- Can I please say somthing?
- That do I got
- Eisbär have I to bring mit 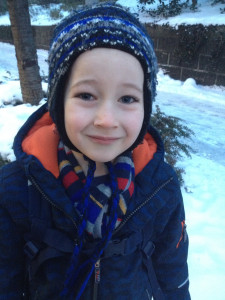 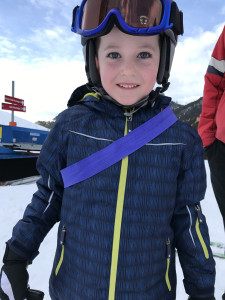 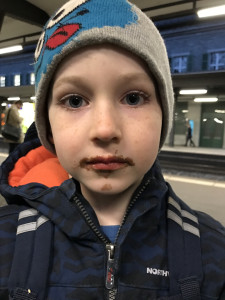 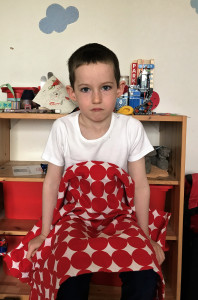 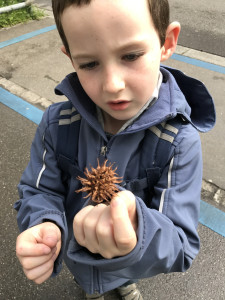 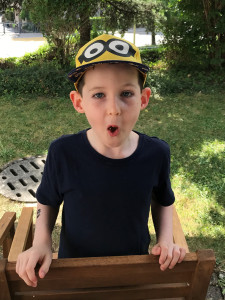 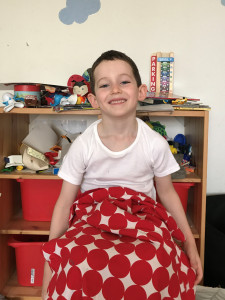