At some point I will need a definite list, but here are more ideas on what to do when I turn 40!

... made me happy and I got lots of post back! I have now finished (somewhat belatedly) my
letter writing challenge for February and it was great!

I wrote to
( Collapse ) and got lots of love and letters back - see the mosaic below.

It was such a simple idea, but made me feel connected to good friends near and far! I found the postcard below in London and it really sums it all up! 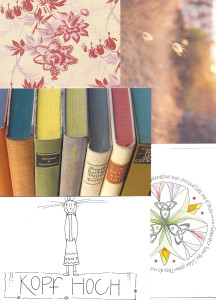 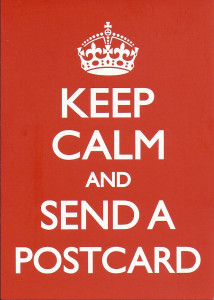 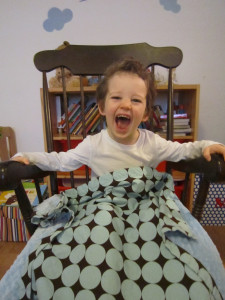 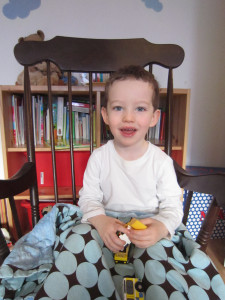 Language
Speech has become much more fluent and his favourite phrase is “I do it all by self”
He is singing lots, puts his own words to tunes that he knows!
Other phrases include - “What about...?” “I have a good idea”
He has started calling us Mum / Dad, which makes him sound very grown up. He still interchangeably mixes english and swiss german (even in the same sentence), but has become to realize that "things" have two names. He will often ask me "Was heisst....?" ie what is this called? He always for the english version of the German noun. Interesting...

Games & Media
He is a demon on his balance bike and scooter, he has a good sense of balance and his speed just keeps increasing. We are trying to use the scooter as a way to finally kick him out of the double pram! We have been investigating youtube videos and have been watching a cartoon in russian, fireman sam in italian and our current favourite, "Little Bus Tayo" (korean.) Oh, and Shaun the sheep.

Other
The big achievement (last weekend) was that the "nuggie/Dummy Fairy" came and collected his 2 remaining dummies and left him some toys as a reward (a toy rocket, night light and torch). We had been telling him the story of the nuggie fairy for more than a month and in the end, he happily gave up the nuggies and has been fine ever since!
We are still working on finishing the potty training - still refusing to poos in the potty or toilet.

He is cery cute with Patrick and often helps him, bringing him his water bottle. The other day I heard him say to him - “Patrick, you’re the best boy in the world”. On the other hand, he often yells at him, copying me! He understands that he is older than Patrick and that both of them are growing. 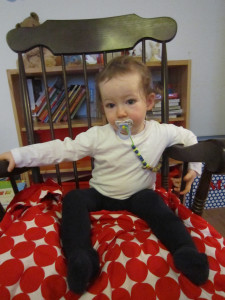 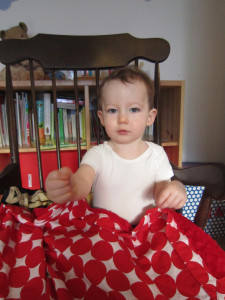 Patrick had his first hair cut this last weekend and he looks both younger and older with it!
He is saying more words – pizza, cheese, apple, teddy bear, biscuit. He can also "sing" twinkle, twinkle little star - although you wouldn't recognise it, unless you were us!

The jumping and leaping about continue unabated and he has taken to hiding behind the TV and fiddling with the leads, which drives me bonkers. He leaps off the sofa and literally belly flops onto the cushions on the floor. He copies Markus with no hesitation!

He is getting interested in the potty and often swaggers into the bathroom and just sits down on the potty, as if to prove he can. We are are getting close to getting them both to sleep in same room, works about 50% of time. But left to their own devices in the room, they sing to each other in room and jump up and down on their beds, which is cute for the first 2 minutes, then just plain annoying.
Collapse