Mr.ncot took this photo of me at the end of our recent holiday. We stopped at a service station near a lake and the benches outside were in this lovely autumn wooded area. I took some photos of the boys and then asked mr.ncot to take a picture of all of us. The other two photos were okay, but I love this one. I look relaxed and when I saw the photo my immediate thought was - "I look lovely", rather than my normal "I look overweight and need to do something about it" thought. I was so grateful that Alan got this shot of the boys and me 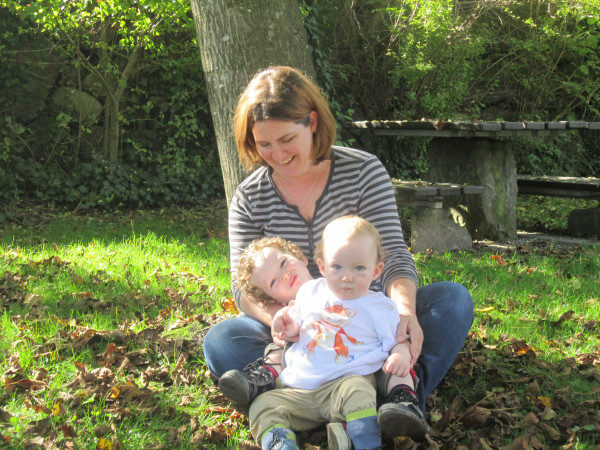 And then I read this post, which really struck a chord with me. Allison Tate wrote about how she is missing from the photos of her kids and why this might be. This started me thinking. I also do not have many photos of me and the boys.

There are a few reasons for this. Mostly, I take all the photos and want to take them. Taking photos is not so important to Alan, so he doesn't do it unless I specifically ask him to. I get lots of snaps of him and the boys, since I enjoy watching them play together and taking photos. The other reason, as the original blogger pointed out, is that I don't want a photographic record of how I look now in the moment. When I am with the boys, I am always slobby mummy - dressed for comfort and speed, not style. No makeup. Hair is never straight and blow-dryed. No make up. And I have nearly 3 stone to lose. I look at photos and use them as evidence of how big I now am. My face is rounder. And let's not even talk about my lack of waist. Or my widened hips.

And yet, and yet. Many women responded to the original post, and there was a follow up post, which summarised many of the women's voices and stories. And the original editor added her story as well. It is reassuring to know that it is not just me. I will make more of an effort to hand the camera to Alan and get more photos with me in, that aren't staged!

And as a final postscript, this photo of me was taken by my friend Jill when we were walking in the mountains, I think in 2008. I like that photo of me, I look so happy, but look at the comments I wrote about it! I will learn to like myself in photos, just as I am in that moment in time. 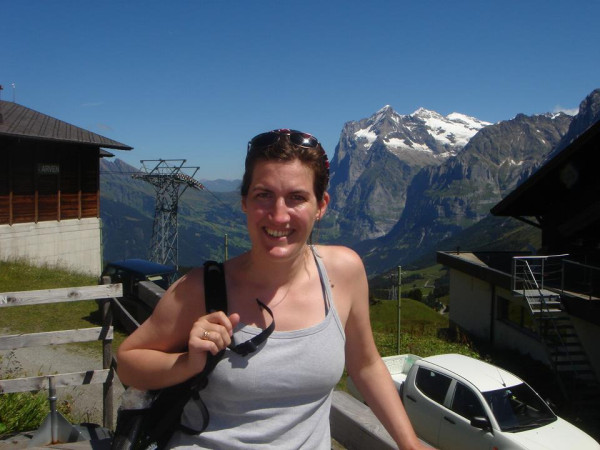 2012_10_14
Originally uploaded by nice_cup_of_tea
I think I realized I was a "proper" grown up today (and only taken me 39 years to get it) when I bought new socks, and didn't buy the cheapest 10 pack! I picked up 6 individual pairs, different materials, different prices. I will treat my feet well and the rest will follow :-) That is all.

In other news, today has been a nice moochy saturday. Took Markus for a hair cut, went to Starbucks with him, did the recycling, went to the Post office, sorted our money and paid bills, sorted my recipe folder, purged and restocked the spice cupboard. Went shopping for cake supplies and socks, made a banana cake, had friends over, wrote 2 blogs, cooked supper, wrestled 2 monkey boys into bed.

Before and after, Curls Be Gone! 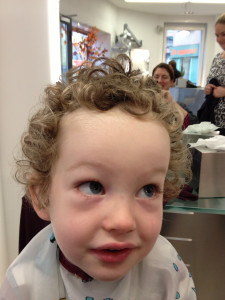 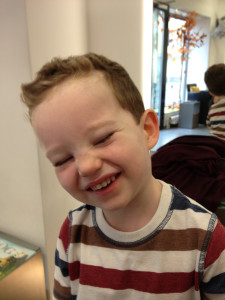