UPDATE: According to 20Minuten on Monday 6th March, there was 30 hours of snow, and the new snowfall in Zurich of 54cm was the most since records began in 1931! 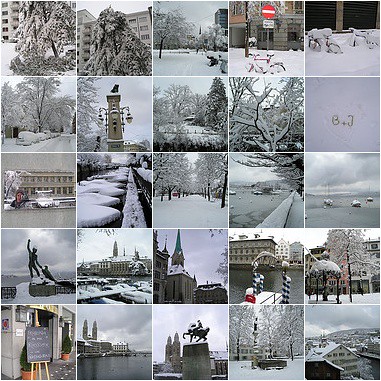 We woke up this morning to a winter wonderland! Our tree in the courtyard unfortunately didn't do so well - it's now lost the top third of it's trunk under the weight of the snow.

Apparently 60cm of snow fell in urban areas and in Wallis the recorded amount was 110cm! Zurich's public transport was halted today, but they're working to restore it. I had a lovely walk around Zurich, ate some hot chestnuts and enjoyed the peace and quiet!
More Photos!